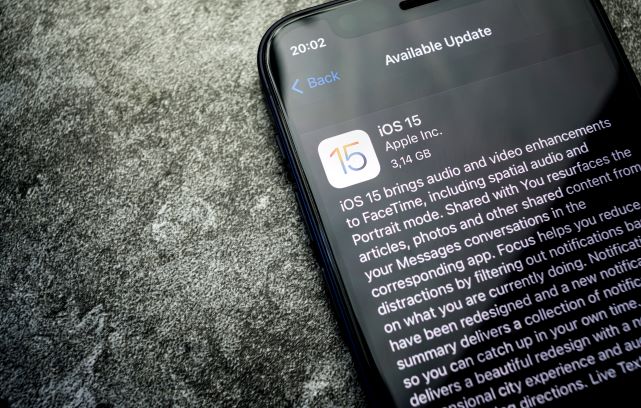 If you have had an iPhone for a while, you are probably thoroughly accustomed to seeing that little red dot on the Settings app icon when a new update is available for iOS, the operating system powering your device. However, the upgrade path for iPhones has recently forked into two unexpected trails.

That’s because, though a new, major version of iOS – iOS 15 – recently arrived, there’s no immediate pressure for you to upgrade your iPhone to it. If your iPhone currently runs iOS 14, you can opt to upgrade to iOS 15 or, at least for now, stick with iOS 14 and continue receiving security updates for it.

MacRumors quotes Apple as explaining that, while the latest version of iOS 15 will package “the latest features and most complete set of security updates”, the company is continuing to issue “important security updates” for iOS 14. For example, iOS 14.8 was released to tackle two specific security vulnerabilities.

So, though Apple implies that your iPhone’s security won’t quite be watertight if you stay on iOS 14, this security remains what you might personally consider “good enough” for your particular needs – for example, if this iPhone was originally given to you by a school or company where you are employed and they have enforced restrictions on what exactly you can install on the device.

You might also be reluctant to adopt iOS 15 straight away if you often use your iPhone with a particular app or accessory that has not yet been updated to support iOS 15. Some banking apps tend to drag their heels in supporting major new versions of iOS, while you might have a Bluetooth accessory or external storage device that connects via an app not yet compatible with iOS 15.

How to avoid your iPhone inadvertently installing iOS 15

Upon diving into your iPhone’s Settings app, you could spot a link showing iOS 15 as an alternative option to the current stream of iOS 14 updates. Hence, in the same app, you should make sure your iPhone isn’t configured to install software updates automatically.

Once you’ve switched off that automatic-update setting, you can then just wait until a red dot on the app’s icon indicates that a new iOS 14 update is ready and waiting for you to install it. You can subsequently tap the relevant link to manually install that update while ignoring iOS 15.

If the worst has happened and your iPhone has already updated to iOS 15 and consequently broke some functionality that was important to you, not all hope is lost. You could consider perusing an online marketplace for some preowned, cheap iPhones hopefully not yet running iOS 15.

Still, rest assured that, as Ars Technica explains, “it’s been years since a new version of iOS made older devices feel intolerably slow”. So, making the leap to iOS 15 could prove far from a hardship for you – especially given the many exciting iOS 15 features Apple is advertising.