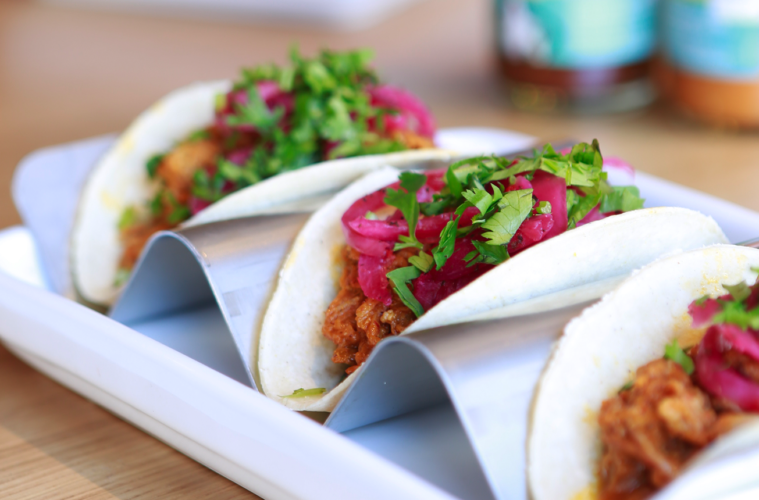 Wahaca is probably best known as being one of the biggest successes to come out of Masterchef.  Founded by Tomasina Miers, who appeared on the popular British reality show in 2005, has built the Wahaca chain empire on inspirations from her travels around Mexico and South America, bringing the delight of Mexican street food to the people of Britain.

Located smack dab in the heart of Brighton, Wahaca offers up more than just amazing treats. Indeed, the very atmosphere served is one of fun and livelihood, all with a friendly waitstaff.   Though places like this can oftentimes feel formulaic in their “chain restaurant” appearance (and Wahaca is no exception in this) each Wahaca location offers up the bespoke artwork from different locals, with the Brighton location featuring the works of Mazatl, a Mexican street artist from Mexico City.

Wahaca’s cocktail menu has something for everyone, which is the impression you get when looking down the long and extensive list of drinks offered.  Though there are always the traditional mixed drinks and cocktails to choose from, Wahaca also offers up a wide selection of Mexican beer and tequila options, including 100% blue agave Blanco, Reposado, and Anejo.

Though truly, Wahaca’s claim to fame is it’s tapas-style Mexican street food, and the menu offers up everything from quesadillas to fajitas to tacos.   The steak in the steak tacos was to die for, tender and juicy, and really made the dish.  In others tried, such as the chicken tostadas, the dishes were tasty, but lacked a certain je ne sais que, to say nothing of the completely absent crunch factor a tostada ought to have.  Again we found the same could be said of the empanadas, which lacked a crispy crunch to the pastry.  After trying a few of the dishes, it was a bit disappointing to find so many ran together, similar flavours across the menu, but perhaps it’s possible to have sensory overload when selecting so many different dishes.

Overall, Wahaca is a fun, inexpensive place to eat in the middle of the city, with a great atmosphere and drinks menu, and it makes a respectable addition to Brighton’s list of eateries.