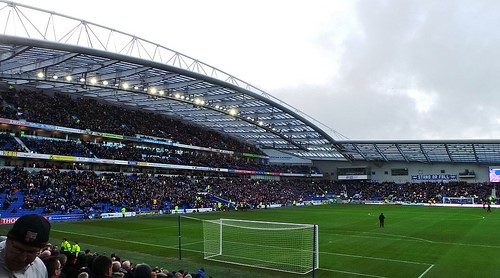 Brighton & Hove Albion have been on the verge of promotion to the Premier League over the past six seasons, but have never been able to clinch a spot in the big time. The Seagulls have been in the mix to go up three times in their five campaigns in the second tier, failing in each attempt in the playoff semi-finals.

Chris Hughton followed in the footsteps of his predecessors Gus Poyet and Oscar Garcia in falling short in the post-season as his side were defeated by Sheffield Wednesday after narrowly missing out on automatic promotion on the final day of the term.

However, Brighton managed to keep the core of their team intact for this campaign, and Hughton’s men have continued to be contenders to rise into the top flight, being backed in the latest Championship outright betting odds at 6/1 to win the division.

The Seagulls are a team that are trending in the right direction after years of dwelling in the lower depths of the football league. The club were in danger of relegation from the Football League 19 years ago, but managed to avoid the drop at the expense of Hereford.

Since then the trajectory of the two sides could not have been different as Brighton have challenged for promotion to play amongst Europe’s elite, while the Bulls were wound up by the HMRC after years of yo-yoing in and out of the football league.

After years of playing at the Withdean Stadium, the club secured permission to build a new ground near the city with an initial capacity of 22,000. The building was completed for the 2011-12 campaign, which coincided with the club’s return to the Championship after a five-year exile.

As a result of their good form in the second tier and the high standard of football Brighton have played under their three of their four managers, the Amex Stadium has been expanded three times to raise its capacity to over 30,000, highlighting the demand for football in the region.

The impact of Premier League football on the South Coast could be huge for the club, given the lift that Portsmouth, Southampton and now Bournemouth have received by entering the big time. Pompey and the Saints have enjoyed European football, raising their profile around the world, which also helped them attract quality players.

Fans of teams often make a weekend out of away trips, but especially ones in good locations for nightlife. Brighton boasts one of the best social scenes in the country, and the possibility of watching some of the best players in the world during the afternoon, while having 3,000 plus supporters from their respective opponents sampling the nightlife in the city in the evening would be a huge boost for the local economy.

Fanbases in the Premier League usually sell out their allocations far more than their counterparts in the Championship, and although there are four fewer matches in the top flight, the money received for being in the league and elsewhere in the city from supporters’ custom would certainly put Brighton on the map.