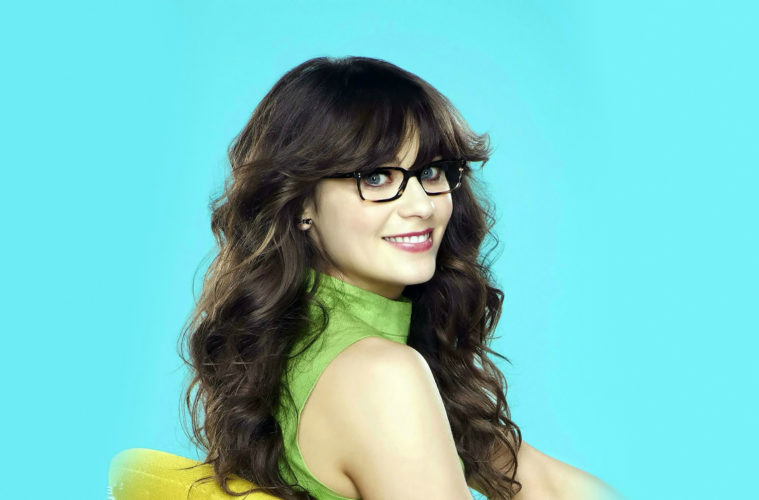 Get the Geek Chic Look Inspired by Zooey Deschanel

Who doesn’t love Zooey Dechanel?  This young and quirky actress has been working her way into our hearts with small roles since the early 2000s, yet it wasn’t until Fox’s show The New Girl premiered in 2011 that we became absolutely obsessed.  If you’re anything like me, you might have fallen in love with her particularly charming style, often referred to as “geek chic,” and it turns out it’s actually not that hard to replicate.  Below is a small guide on how you can take Deschanel’s trademark look and incorporate it into your own style.

A big part of the geek chic look are, of course, the insanely popular large, black framed glasses.   Ladies:  this is your chance to make a bold decision, and the more understated thin frames just are not going to cut it.  These bigger, bolder frames are the very foundation on which the rest of the look rests upon.

Along with the must-have thick frames, the lenses are generally more square or rectangular in shape and the frames of a dark colour, preferably black.  The best approach is to start with the bigger, more square frames and work down from there until you find a style that works for you and your face.  It’s also perfectly acceptable that the lenses are slightly rounded, but be sure to avoid frames that are thin or metallic.   Keep in mind that you can find all sorts of deals and discounts online for women’s frames, so don’t be afraid to shop around!

Once you have the geek chic glasses down, it’s time to match your hair to the overall look.   Zooey Deschanel’s character, Jessica Day, rarely wears her hair up, and instead more often opts for that natural-yet-styled look.  Though it will take some time, adding a few curls into your mane will really help nail the ‘chic’ bit of geek chic. You can add a few loose curls to your hair by utilizing a curling iron and separating out a few sections of hair before gently combing your fingers through for that voluminous look.

The bangs are not a must but let’s be honest… they look super cute with the geeky eye wear!

Though the combination of headband and glasses once would’ve been a tragic fashion faux pas, when going for the geek chic look… it’s a must!  Your hair is natural yet styled, so now you need to complete the look with a simple headband.  Be sure to match it to your overall look with a thicker band!

The outfit is the last bit to discuss in completing the Jessica Day / Zooey Deschanel look, and is by far the best part.  Her character is known for dressing a bit more mature than she is, and keeping with this theme you can add in tucked in blouses, colourful flats, tights, and flowy, knee-length skirts to round off the everyday look.  For a special date, consider a single colour, longer dress that will compliment your eyes and skin tone, and combine it with complimentary tights and flats for a very sharp and sophisticated display.

always check to make sure your glasses frames compliment your outfit, which makes it almost imperative to go with either black or brown frames.

Now you’re completely ready to go out there and rock the geek chic appeal!  Optional (but totally recommended) additions to the look include: Randomly injecting knowledge of literature or music, singing to yourself, and meddling in your friends’ affairs.