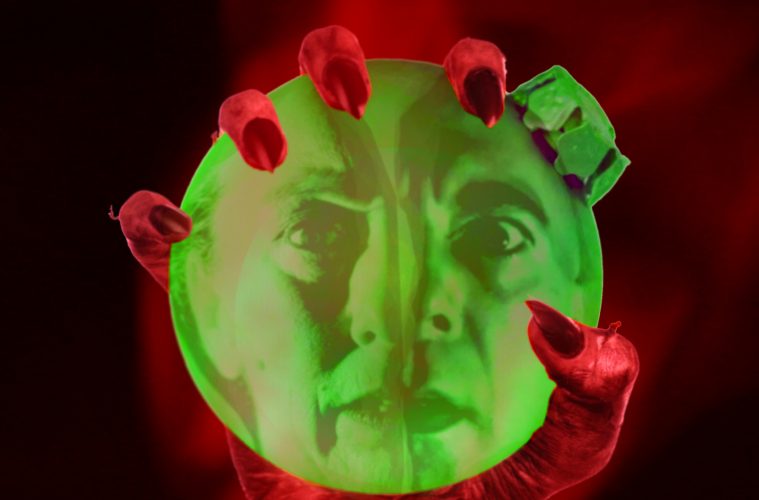 Now it its seventh year, the original Brighton Ghost Stories for Christmas returns to the Lantern Theatre from the 18th – 21st December for 4 nights of macabre and chilling tales.

Featuring stories by Ramsey Campbell, John Paul Fitch and Neil Gaiman, the production this year is in aid of The Clocktower Sanctuary, which provides help and support for homeless and insecurely housed young people in Brighton and Hove.

Hanover resident and show producer Craig Johnson says “Over the years we have raised just under £5000 for local charities, including RISE, Allsorts Youth Project and The Sussex Cancer Fund, however our very first show was in aid of The Clocktower Sanctuary so it’s great to be supporting them again – it very much like a return to our roots. Homelessness is a growing issue in our city and the work that the team at The CTS do is invaluable in helping young people move from crisis to independence. I’m really happy that we can play a part in supporting them again – all whilst entertaining our audience with some seasonal chills and menace.

But where does the tradition of Christmas Ghost stories originate? Although the common belief is that it is a Victorian tradition, as popularised by Charles Dickens’ “A Christmas Carol”, there is evidence that it dates back even further. “Winter stories” were a popular pastime at Christmas during the Elizabethan period, with references to such tales made in the works of both Shakespeare and Christopher Marlowe, and it is possible that it began even earlier than that. The Winter Solstice, celebrated in Brighton with The Burning of the Clocks, is a time which has long been associated with ghosts and spectres, in Christian as well as Pagan religions, and it is likely that the tradition finds its roots here, with people telling stories of the supernatural to help pass the longest night.

Craig Johnson continues “It’s great that our production coincides with the Solstice this year – we are deliberately starting our show on the Saturday night later than the other performances, so that people can watch The Burning of The Clocks parade before coming along to hear our stories. Ironically some of the classic ‘Christmas Ghost Stories’ such as those by M.R James, are never set at Christmas, but because we have a very modern show we have a Christmas theme running throughout this year, which I think will really help people catch the Christmas spirit – in more than one sense of the word”

Johnson describes this year’s production as a “dark selection box – featuring messages from beyond the grave, mysterious wedding gifts and a blackly comic fable concerning a man who hates Christmas”. Tickets are £10 and include a glass of mulled wine or apple juice on arrival. For further information and to buy tickets please visit ghoststoriesforchristmas.com

Tickets: £10 and include a glass of mulled wine or mulled apple juice on arrival. Buy here.