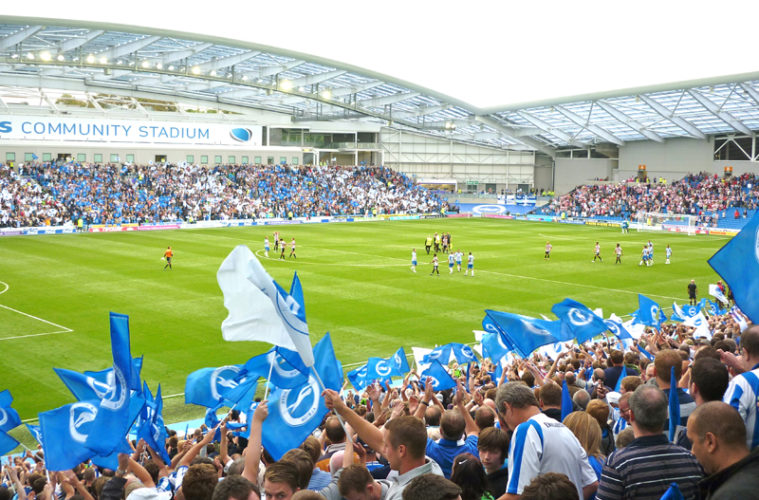 Brighton Promotion Push Update: Other Hopefuls Willing the Seagulls On

Brighton & Hove Albion’s hunt for promotion to the Premier League is picking up pace, and other teams eager to claw their way out of the Championship are now hoping that the Seagulls can seal automatic promotion by finishing in one of the top two places in the league.

Former Huddersfield Town player turned pundit Dale Tempest said that the Terriers’ best chance of escaping the mire of England’s second tier this season is if Brighton and Newcastle United storm away at the top of the table. This would leave the Yorkshire club more favourable opposition to play in the playoffs should they finish in the top six. With the near impervious form of the two teams leading the pack, if either were to fall out of the top two they would go into the tournament for the third promotion spot as odds-on favourites to win.

Luckily for teams like Huddersfield, all the signs point towards a rise to the top tier for Brighton in this campaign. The super computer SAM created by professor Ian McHale of the University of Salford has predicted that Chris Hughton’s men have a 96.5% chance of going up. The Magpies edge them slightly with 99%. SAM also calculated that Derby County have a 56% chance of finishing in the play-offs, although after 26 games they were 5 points off the pace. Last year’s Premier League bottom placed club Aston Villa only have a 6% chance of making the end of season tournament according to the machine.

It could be a good time to bet on Steve McClaren’s men to finish as the Top Midlands Club with betting sites like Sportsbet. Those who visit now will find the Rams at 17/20 to beat their midlands rivals. It would also be wise to bet on Leeds United and Sheffield Wednesday to finish in the top six, as both received a favourable chance rating of 72% from SAM.

The Seagulls suffered a minor blip on their quest for promotion when Preston North End pulled off a 2-0 win to end Brighton’s 18-game unbeaten run (see video above). But instead of allowing this defeat to halt their momentum, the south coast team bounced back well in the dramatic 2-1 victory over Wednesday last Friday night. Anthony Knockaert scored twice to overcome the Owls in an intense thriller that involved three sending offs. Unfortunately, one of those red cards was top scorer Glen Murray who handled the ball in the area. The former Crystal Palace striker gave away a penalty, but the heroics of David Stockdale’s save kept Wednesday from taking the lead and gaining a controlling foothold in the tie.

Although the likes of Huddersfield, Derby, Fulham, and Wednesday may now be willing Brighton to march on to automatic promotion, Leeds and Reading will believe that they still have a chance of catching the Seagulls and could be waiting to pounce if Hughton’s side slip up. The win over Wednesday proved that Brighton have what it takes to get to the top flight, though, and they just need to keep on doing what they have been doing all season to make it there.