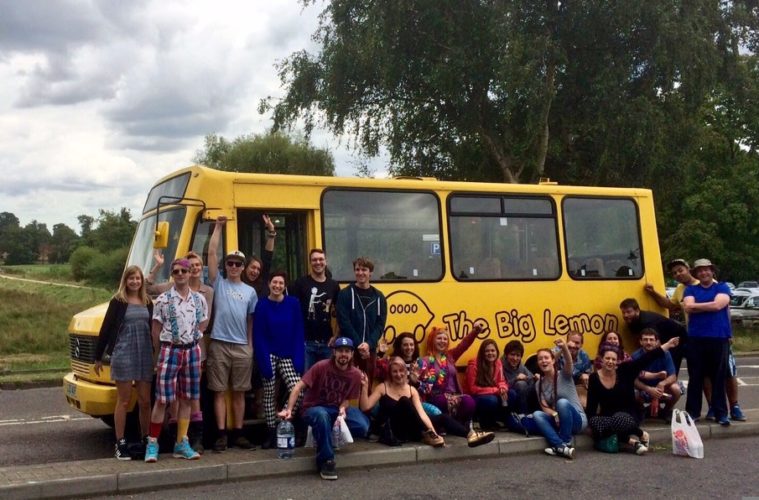 Recognised as one of the most forward-thinking centres in the U.K, Brighton & Hove will shortly be welcoming a small armada of solar-powered buses. The scheme is being billed as a trial for additional cities in the U.K.

The bright yellow Big Lemon buses are a common sight – and scent – on the streets of Brighton and Hove. Big Lemon has been running since 2007 and operates its buses purely on waste cooking oil taken from local restaurants, recycled into biodiesel, which claims to of saved 900 tonnes of carbon emissions in the process and now it wants to go that one step further.

£250,000 of investment – most of it done through crowdfunding on social media, has already been raised to replace the 10 biodiesel buses with electric ones, beating the original target of £100,000. Also, Big Lemon has been shortlisted for the Marks & Spencer’s Community Energy Fund, which could add an extra £25,000 if this is successful.

The solar panels would provide enough energy for each bus to cover the 52 route between Woodingdean and the City Centre on 100 percent renewable energy.

Its existing biodiesel buses were converted from diesel models, but are not suitable for further conversion to be solar-powered. Rather than buy electric buses outright, they will be converted from diesel as this still works out cheaper, according to the company. The Big Lemon has come to a £20,000 annual fuel saving, and a reduction in maintenance costs.

As well as part of the crowdfunding campaign, donors will get to have their name on the ‘Solar Bus Wall of Fame’ and will be able to name one of the new buses.

Managing director Tom Druitt said, “I am hugely grateful to the M&S Community Energy Fund for giving us such a fantastic opportunity, and excited to be working with Brighton Energy Co-op on the Solar Bus project – with their expertise in solar installations we can’t go wrong. All we have to do now is get enough votes on the M&S Community Energy Fund website and achieve our crowdfunding target… no mean feat!”

The Big Lemon has the aim to bring zero-emissions electric buses to communities across the UK by 2030, which will all be run by the local community and powered by renewable energy.

Brighton Energy Coop Chair Will Cottrell says, “It’s great to be working with The Big Lemon on the innovative Solar Bus project. Brighton Energy Coop has many exciting projects, but never before have we covered the roof of a bus depot in solar panels to power the buses that live there.”

The Solar industry may be wavering, but the county’s transport system is now taking its own steps to include clean solar energy into its business activities. The government has put £30m of funding on helping bus operators and local authorities in England to be able to run more low-emission buses.

A fleet of five buses was developed by China’s BYD company for Transport for London and Metroline, as the city’s main aim is to get to zero emissions by 2050.

“Electric bus technology has progressed quite far. We wanted to try that and embrace it,” says Tom Druitt, managing director of The Big Lemon. “The key thing that differentiates Big Lemon’s plans from existing electric bus technologies is that the energy will be generated on-site. If we run on mains electricity, then we still have a large carbon footprint.”

The first panels will generate 30,000kWh of electricity, powering a route between Woodingdean and Brighton city centre. If this is a success, from there onwards, all five of the company’s routes will look to be replaced with solar powered models.

Can It Be Replicated?

Chris Jardine, the technical director of solar energy experts Joju Solar, believes that in theory, it should all be easy. “I think the intricacies will be in whether you can get enough energy from the solar to fully power the fleet,” he says.

The Big Lemons plan is to produce enough energy in the winter, and then excess in summer, yet will also have a mains backup if needed. Druitt states, “I think our independence, background and philosophy generally makes it easier for us to try these things.”