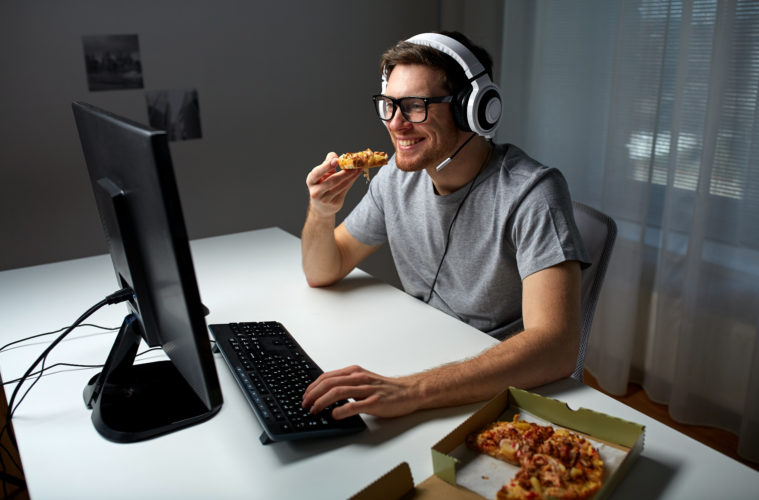 A Guide to Bitcoin Games: A Journey into the Next (Cashless) Generation of Gaming

The world of gaming is changing and not in the way you might expect. If you read any of the latest tech headlines, you’ll know that virtual reality is the hot topic among gaming developers. Set to revolutionise the way we experience games of all shapes and sizes, virtual reality is certainly the next frontier for players of all persuasions.

However, before we’re all plunged into 360-degree worlds of wonder, there’s another big change on the horizon. Up until now, anyone wanting to purchase in-game credits or place bets on virtual casino games had to use a traditional currency such as the pound. Although this system is still in place, there’s a new currency kid on the gaming block and its name is Bitcoin.

A New Way to Pay

Created in 2009, Bitcoin is a cryptocurrency that’s created online by computers capable of solving complex equations. Each time one of these equations is solved a new Bitcoin is added to the network. Users can spend and trade Bitcoins in the same way they would a traditional currency, the only difference is that Bitcoins only exist online and they’re not controlled by a government.

Thanks to the efficiency of Bitcoin transfers and their inherent security features (transactions are anonymous), it’s become a popular payment method for iGamers. Bitcoin-only casino sites such as Bitcoin.io now offer a full suite of games that use Bitcoin and nothing else. What’s good about these sites is that they look exactly like a traditional online casino, but players can deposit, play and withdraw funds using Bitcoin.

In fact, as the Bitcoin casino genre starts to evolve, review sites are now attempting to enlighten the average gamer on the finer points of the industry. For example, BitcoinPokies.com uses a team of experts to preview and review the latest Bitcoin casinos and pokies to hit the market. In addition to providing insights into the industry’s operators, the site serves as an intro to Bitcoin gaming in general.

Indeed, for those who are still in the dark when it comes to Bitcoin and its place in gaming, a site like BitcoinPokies offers enough information that can then be applied to other areas of the industry. OK, great, but where else can I spend Bitcoins? Well, if you’re an Xbox gamer then it’s now possible to purchase all manner of games using Bitcoin. Head into the Microsoft app store and you’ll see a list of games, such as Call of Duty, that you can buy with Bitcoins.

Similarly, multiplayer online games are now starting to partner with Bitcoin payment wallets. Wargaming.net recently partnered with Bitpay to offer in-game Bitcoin payments across its network of 15 games, including World of Warplanes and World of Warships. Beyond Wargaming’s efforts, EverdreamSoft SA’s Spells of Genesis also offers a cryptocurrency within its mobile apps.

Using blockchain technology (the technology that essentially powers Bitcoin transactions), EverdreamSoft’s Spells of Genesis has its own currency called BitCrystals. Using this currency, players can make in-game trades as well as purchase add-ons to enhance their playing experience.

Greater Synergy Between Bitcoin and Gaming

The world of gaming is changing and Bitcoin is undoubtedly driving that change. From casino platforms offering a Bitcoin-only experience to multiplayer games offering their own payment systems, players now have more choice when it comes to gaming transactions.

Although it might take some time for Bitcoin to fully replace traditional currencies when it comes to gaming transactions, the seeds have already been sown and in the coming years we can expect more synergy between the two.