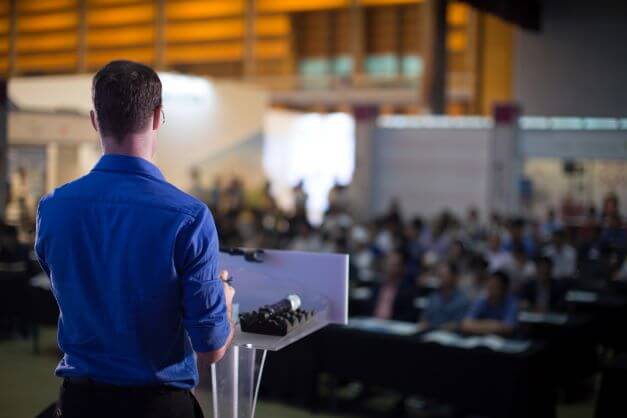 No time like the presenter: when should you hold your next event?

With the COVID-19 pandemic’s threat having recently receded, holding an event is now, in many ways, easier than it has been for about two years. For example, in England, ‘Plan B’ COVID restrictions were recently rolled back to Plan A, as reflected in a GOV.UK press release.

Consequently, in England, the NHS COVID Pass is no longer legally required for admission to in-person events. Still, if you are now experienced with holding online events, you might be tempted to continue doing so – in which case, for what day and time should you schedule your next one?

How online events have thrown a spanner in the scheduling works

Once upon a time, it wasn’t overly arduous to figure out when events should be held. That’s largely because knowing exactly what kind of audience was wanted for the event would narrow down the options somewhat when it came to identifying the right date and time for the big occasion.

However, it can be a very different matter when planning an event to be held online, as it would – at least theoretically – be possible for people from all over the planet, spanning many different time zones, to attend. So, how are you supposed to sensibly schedule an online event?

What – and, more to the point, where – is your target audience?

While you might be fine with the idea of people right across the world viewing and participating in your online event, you might still have a very particular segment of the global population in mind for this specific event. After all, you wouldn’t want to spread your focus too thinly!

It naturally follows, then, that you should pay close attention to the time zone of the particular geographic area where many members of your target audience are based. This is especially crucial if your event is one built to foster interactivity; think a webinar, for example.

According to research reported by webinar expert Daniel Waas, Thursday is generally the most preferred day for attending webinars – though Tuesday and Wednesday are also very close in the preference stakes. In further analysis by Waas, 11am was generally found to be the time of day that appeared to produce the highest attendance figures.

What if you will be holding a webcast rather than a webinar?

This situation will certainly afford you a larger degree of scheduling flexibility. TechFunnel describes a webcast as “an entirely one-way presentation from presenter to attendees”; as such, there isn’t the same cast-iron requirement to schedule a webcast, as it would not strictly need to be delivered live.

Nonetheless, if you do intend to hold a webcast live, you should probably refer back to the earlier-mentioned advice for scheduling a webinar. It’s true that the distinctions between a webcast and a webinar – in essence, an online version of a seminar – can become somewhat blurred at times.

For example, software dubbed a ‘live webcast platform’ could possibly be useful for delivering webinars, too – and include a wide range of interactivity tools for assisting the process.