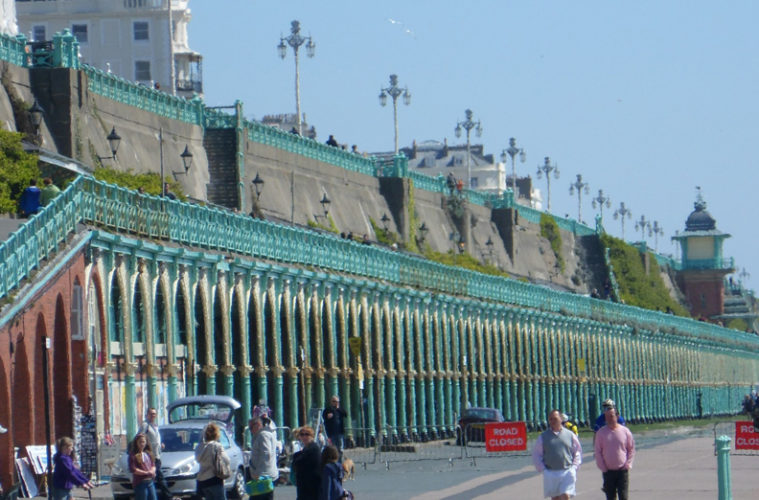 The much needed revitalisation of Brighton seafront is well underway with the opening of the i360 in 2016 and ongoing restoration of arches etc on the west side of Palace Pier.  Brighton and Hove Council have big plans for the other end of the beach too, having announced it’s big ideas for restoring the Madeira Terraces.

Built in the late 1800s and stretching over 850 metres long, they have been neglected, left to rot and are now in an extremely dangerous condition at risk of collapse and have been cordoned off by an anti-climb fence due to it’s structural instability.  Their proposal will see a transformation of the Grade 2 listed terraces, costing over £24 million to restore and will also need a constant steam of income so the terraces can be maintained in the future and to repay the borrowing needed to fund the project.  To implement this, the idea is to incorporate an array of businesses into the arches which would generate the income to pay for the arches upkeep.  These could range from creative small businesses, cafes, restaurants to hotel rooms.

The initial proposal suggests that the work be carried out in three stages, the first stage will be to restore a third of the structure, starting in the middle section and is expected to cost £8 million.  Brighton and Hove Council has bid for half of that amount, about £4m, from the government’s Coastal Communities Fund.  The remaining £4m will need to be sourced, possibly coming from the Public Works Loan Board, which put up the initial funds to get the i360 project ‘off the ground’.  The hope from the Council if it wins the £4m government grant is the first phase of work could be completed by 2020.

After the scheme is underway and improvements to the area have started, the last two sections will need to be restored, mostly commercially with business investment.  When the works are completed, it is estimated it would create 145 new jobs and boost the local economy by £5m a year.  The aim is to restore the entire structure by 2023 and will form just one part of the wider regeneration plan of the eastern half of the seafront along with proposals for the new area at Black Rock, an open water swimming centre, a zip-wire attraction replacing the Wheel and £1.85m of improvement to the iconic Volks Railway.

The area has already got the beach sports centre and cafe, Yellowave, the massively improved children’s play area, two crazy golf courses and the popular concorde 2 live music venue.  Despite a handful of great businesses, the area is in desperate need of the regeneration that other parts of the seafront have seen, creating a huge demand for all kinds of seafront businesses.  The hope is that the eastern seafront will pay it’s way in business rates and rents which can then be put towards further restoration of the seafront and create a livelier atmosphere that people will want to visit and enjoy. 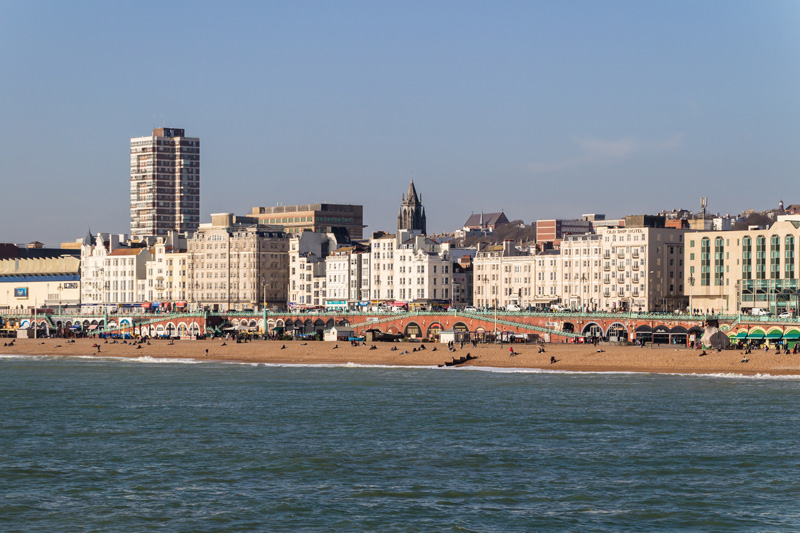