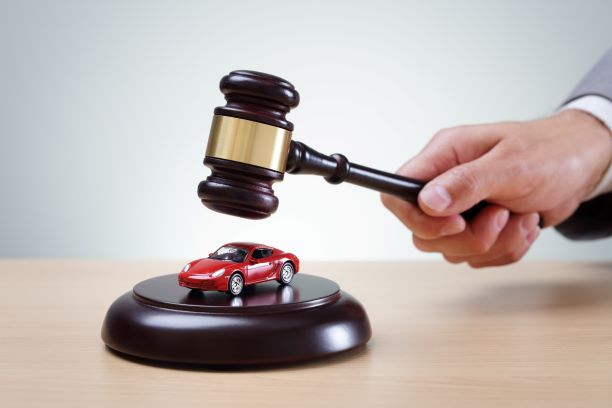 Types of Driving Convictions and How to Deal With Them

The rules of the road are there to protect you, other road users and pedestrians, which is why breaching those rules can have significant ramifications, including penalty points, fines and motoring convictions.

Let’s take a look at some of the most common types of driving convictions, and what they might mean for your experience behind the wheel if you’re convicted.

Speeding is arguably the single most common driving offence, so it should come as no surprise to learn that speeding convictions are the most frequent type of motoring conviction in the UK.

It doesn’t matter if you are driving just over the speed limit, you could still be convicted for not sticking to the limits set. Speed limits are put in place for a reason as they are set to make sure vehicles travel at a pace suitable for the road they are on. The limits set are adapted to suit the surroundings so that accidents can be avoided or at least limited.

When a driver is caught speeding on a Brighton road they could be hit with a range of different penalties, depending on how fast they were going, the speed limit on that road and their history of speeding offences. The minimum penalty is a £100 fine and 3 penalty points added to the driver’s licence.

Driving with No Insurance

If you are caught driving a vehicle you are not insured to drive, you could face up to a £300 fine and 6 penalty points. In addition, if you were caught because you were involved in an accident you would also have to pay for any damage your own vehicle sustained, and you could also be held personally liable for any damage to other vehicles since you didn’t have insurance to cover this.

With estimates suggesting there are over 1 million uninsured drivers on Britain’s roads, this motoring offence is much more prevalent than most people realise.

Not Complying with Signs or Signals

Traffic signs or signals are put in place to keep drivers and pedestrians safe, so it is important that they are followed and that they are looked out for. Signs like one-way street signs or give ways and traffic lights are important to follow as they could result in dangerous situations and put many people at risk. If you are caught not following signs or signals, you could face a fine that will have to be paid in cash within a certain amount of time. As well as a fine, you could be given penalty points and even a driving ban.

Drink-driving is one of the biggest causes of road accidents and it is not hard to see why this is such a danger. Not only is it dangerous for the person behind the wheel, but it is also dangerous for other road users and pedestrians. Around 3,551 people were injured and 250 were killed in drink-driving accidents in 2017 alone.

Since the drink-driving bans have been put in place, the death rates and accidents have dropped a lot. However, there are still some due to people not following the rules. If a person is caught driving under the influence and over the limit, they could get up to 6 months jail time. They can also be given fines and could face a driving ban for a year or 3 years if they have been convicted more than once in 10 years.

Keep This Information in Mind

Overall, there are a lot of different driving convictions out there that you could face, depending on what you do when you are on the road. You will want to do all you can to avoid these convictions but, sometimes you might find yourself in an unfortunate position. Make sure you have a read over this article and do your research to find out all you can about convictions and how to deal with them no matter if you are living in Brighton or anywhere else in the world.