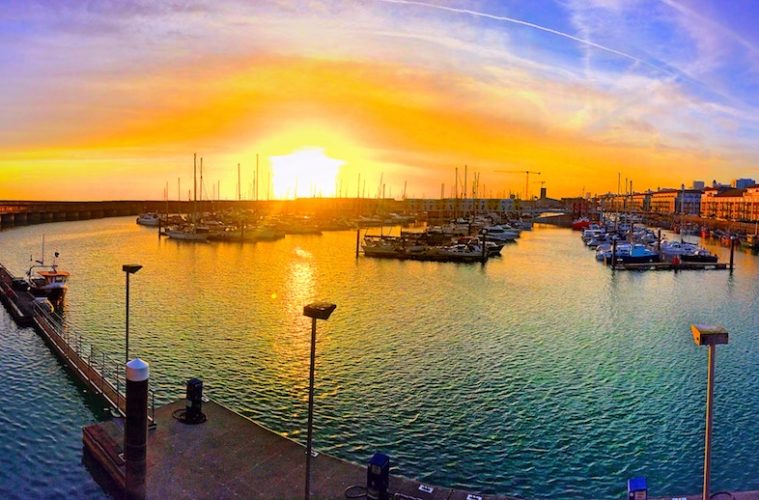 Do Brightonians Financially Care About Death After Life?

From Fiveways to Hove and London Road to Moulsecoomb there are an endless supply of babies being processed via the old fashioned way at the Royal Sussex County Hospital. Equally however there is a never ending chug of humans leaving in the other direction.

Death, it’s one of those events in life that are as common as a Number 12 bus yet are the most worrisome, fraught and cumbersome occasions that completely throw our emotions into the air. Falling into the laps of friends, family and work colleagues with the understanding that they too should understand.

Yet it doesn’t come to all of us as frequent as others. Even in large families it can take quite a while before the old man on the boat starts yearning for the next generation. In modern days we are fortunate to have a system where even at our lowest points the Government can help in the smallest way to tidy up affairs but is that good enough?

When Is A Box A Box And A Send Off Just A Goodbye?

What is good enough and just enough when it comes to funeral planning and preparation? In our Brighton and Hove City we have at recent estimates a population nearing that of 300,000, an area with fewer children and older residents. We are the typical seaside community. Death is treated the same UK wide, no expense should be spared to lay our loved ones to rest, and that is what should be good enough.

I don’t wholly agree with that sentiment however. Quite how one must celebrate a person’s life with as much fervour as possible but whether that should involve the finest materials, pyramids being built at the end of piers or the main drag sealed off for a funeral procession attended by the entire community after every death I’m not entirely sure.

What Expense Should Brighton Folk Spare For A Funeral?

The Royal London National Funeral Cost Index Report 2017 indicates that the average traditional funeral with burial nationwide can reach upwards of £4,257, and a cremation funeral is on average £3,311 these days and that number being higher is not unusual. As much as I believe in memories there must be a ceiling to which we adhere to in ensuring a proper ceremony takes place no matter the religion but without losing common sense and a touch of reality.

For want of a better word, we all go a little wonky when someone dies. Personally I was as white as a ghost for the week in-between death and funeral, hardly ate and was a zombie for the most part. During that time I had to organise the funeral, talk to the funeral director, decide upon ceremony details and ring as many people as I could, to inform them. I was offered help and company by an Uncle but refused both – I don’t know why.

For those of you nearer the age of death or perhaps a person who realises the strain a death has on close family, you may wish to make preparations. I wasn’t in a fit state to be the executor of an estate and make monetary decisions, organise probate or try and organise a funeral but it’s something we all somehow muddle through, thanks to the assistance of the funeral director and celebrant.

It’s strange being asked what type of coffin you wish to order, if there should be certain flowers present, which hymns and readings should be heard. It’s weird going through a list of costs two days after a death and deciding whether you should save on the coffin, spend more on flowers, pay out for a rocking religious DJ or for the more conventional Christian Church, enquire as to whether a funeral can be designed in local Albion football club colours.

I wonder if had my Mother decided to pay for her own funeral if that would have been easier on me? I think I was lucky that I was executor of the estate as I had access to money to pay for the funeral but for someone without any funds or finding it difficult to make ends meet, a death could cause financial turmoil. At the same time I ponder if someone should plan their own death at all? Where’s the fun in that and who cares, as you’re dead!

A colleague at work once tried selling me life insurance at age 18 through a friend and being that age insurance on my life was absolutely the last thing I thought I needed. In hindsight and with pension concerns it perhaps wasn’t a bad idea to be financially sound now and in the future.

I wonder if the same should be thought of when it comes to funeral planning? For families who cannot afford the cost of a funeral and perhaps are on benefits too, there is government assistance that enables you to gain a set sum of money towards a funeral service and burial or cremation, but only if you are eligible.

I think we are definitely approaching an era where we are more thoughtful about our own death. It was the ancient Greeks that got us to get our deeds in order a millennia ago and ensure all matters were tidy and apportioned to the correct people at the end of our life. It has still been too many years where people like ourselves leave it to our family and friends to pay our way out of this world – even though we’re already at Heaven’s bar for happy hour telling everyone about Quadrophenia and how a Gut buster is really the thing to have on the menu.