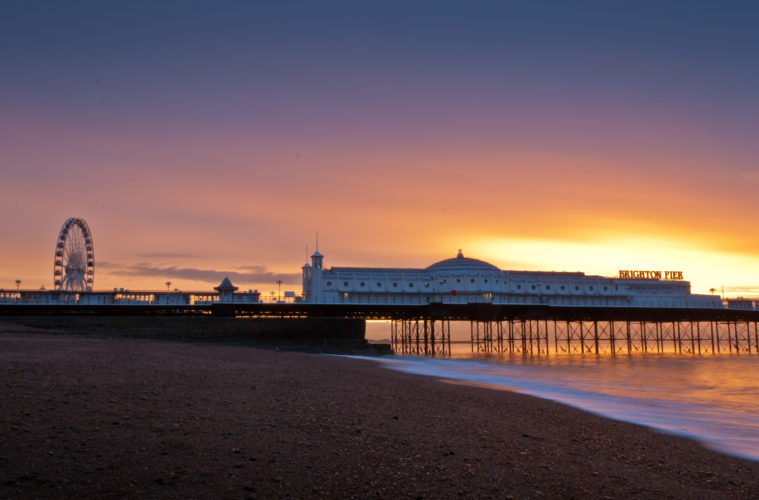 The History of Recreation on the Brighton Pier

The Brighton Palace Pier is an iconic landmark of the city. It has endured countless storms and two World Wars but it is still here with us today. It is one of Brighton’s most loved attraction, with millions of visitors each year: Over four million people came to see the sights an enjoy the entertainment along the 1,760-foot stretch in 2016 alone. As everyone in the UK knows, Brighton is the ideal place to visit for a great night out, so why let’s find out more about the history of recreation on this great landmark and how it has helped shape the city over the years.

The pier was the third one to be built in Brighton way back in 1881 and was designed on behalf of the Brighton Marine and Palace Pier Company by Richard Saint George Moore. It was specifically designed to be a “pleasure palace”, a place for people to come to enjoy the sights and entertainment along the seafront. The pier was officially opened to the public on 20th May 1899 but was still not finished with construction. This was completed in 1901 at the overall cost of £27,000 which in today’s money equals around £2.8 million. Overall, the pier took more than ten years to build and was nearly destroyed before construction was completed due to storm damage, but eventually managed to be completed in one piece. 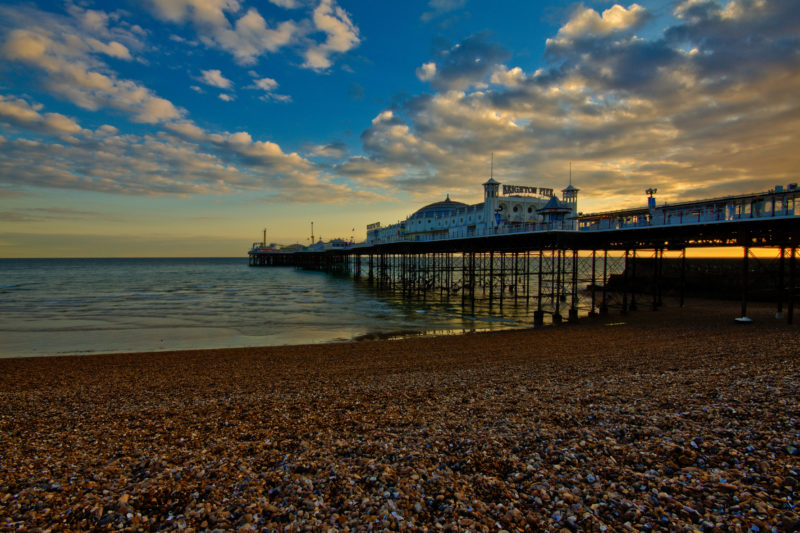 Entertainment on the Pier

In 1905, a collection of amusement machines was installed onto the pier, with Victorian games such as Punch Ball and Lady Palmist which were the beginnings of the entertainment and gaming culture still alive on the pier to this day. In 1911, ten years after the pier was officially completed, The Music Hall was opened on the pier and was extremely popular among the people of Brighton. It was a place where for people to socialise, drink, smoke and watch concerts and shows on a regular basis, and was the embodiment of the pleasure palace that was envisioned for the pier. The Music Hall featured some very special guests over the years, hosting acts such as Stan Laurel who later formed half of Laurel and Hardy, as well as Charlie Chaplin himself at the start of his career.

The pier saw closures during both World Wars, even having sections removed during the Second World War to avoid further bombing damage, but despite this, it continued to serve as one of the most popular entertainment venues in Brighton until the 1970s. Despite surviving the Wars relatively unscathed, it succumbed to storm damage in 1971, where the stage landing and pier head were damaged, meaning the Music Hall was damaged beyond repair. The pier was simply used as an amusement park up until 1984 when it was bought by a company who wanted to transform the pier into a casino venue with all kinds of entertainment. They installed a range of slot machines, a video game arcade, a fairground, seaside stalls, bars and the award-winning Palm Court Fish and Chip restaurant. Their aim was to abolish the entry fee that had previously been in place for visitors of the pier, something that was never reinstated and has led to the Brighton Palace Pier being named as one of Britain’s favourite free attractions – fourth, actually – by National Express, who conducted a survey and published in in March of 2017.

The casino culture had begun to take hold in the city 22 years previous to the pier’s transformation, as Brighton’s Metropole Hotel hosted the first ever casino in Britain. This kickstarted the gambling culture in the city and it allowed to expand even further with the takeover of the pier. Although amusement machines and fairground games had been popular in Brighton since the Victorian era, it took a few more decades for casino games to gain real popularity in the city, inspired by psychology and branding in Europe and the USA. While the 1930s saw the rise of casino classics like blackjack and various famous slot games across Nevada, but it was thirty years later with the opening of the Metropole that blackjack made its way to Britain. Ever since, Brighton has been known as a gambling and entertainment haven, with the pier being home to many of these fine gaming establishments.

The Brighton Palace Pier has now become so much more than a pier. Not only does it host some amazing entertainment venues, but it aims to bring the community together with regular events. The Christmas Market will be pitching up on December 2nd and 3rd, and there will be also a welcoming ceremony for the annual sleigh pull from London to Brighton.

Compared to the early days when it was first opened, the Brighton Palace Pier has seen a lot of changes in its time. The early visions that Richard Saint George Moore had of it being a “pleasure palace” were truly realised, firstly as the grand and hugely popular Music Hall, and then with the introduction of casino gaming, it only caused the entertainment industry here to boom. Nowadays, the pier is owned by Eclectic Bar Group, but it has still retained its charm and status as an entertainment mecca. In fact, more and more entertainment hubs have appeared across the city over the years, expanding further than just the pier. With bingo halls becoming increasingly popular, gaming still going strong, and the possibility of innovations in eSports coming to the city, it is safe to say that Brighton still holds the position as one of the best recreational cities in the UK.